Episode I: Clash of the Noobs

The Bristol Biguns Star Wars Legion campaign is up and running! Organised by David Clark (thank you), there are a group of us who keen to get gaming in the Star Wars universe. I’m a relative newcomer to this game and Rob even more so, hence the title. The first game is a 500 point skirmish. I have Galactic Empire led by General Veers whilst Rob has Rebels led by Luke Skywalker.
The view from my side, Stormtroopers, Death Troopers and some Scouts. Thanks to Paul for valuable assistance with getting the list together. 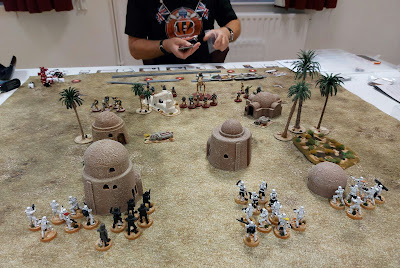 Rob has pushed one rebel squad far forward in the centre supported by an AT-RT with Luke not far behind. 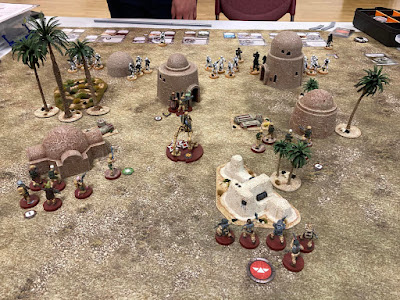 During the first turn I concentrated the bulk of my shooting on the rebel walker and very nearly destroyed it, before blasting it to pieces at the start of turn two. Luke suffered a similar fate during turns two and three … it’s tough to deflect HH-12 shells with a light sabre. To be fair, Rob’s dice rolling, especially with the white D6 armour dice, was terrible! 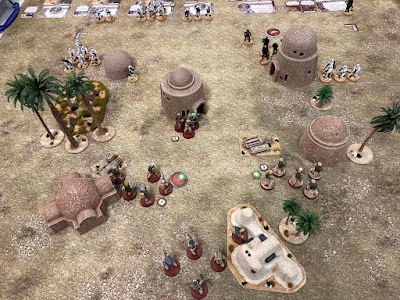 The mission objective was to get squad leaders in to the enemy deployment zone but we got caught up in a hard fought, close range fire-fight that inflicted heavy casualties on both sides. In the last couple of turns the advantage swung to the Empire as the rebel squads were whittled away until only the heroic Drabatan warrior Pao (from Rogue One) remained. Veers and a squad of Stormtroopers, covered by the Death Troopers, made a dash for the Rebels deployment zone to claim victory! Vader will be pleased.
Good fun all round and great to see the Bristol gang as I haven’t been along to the club for a while.
Posted by The Wargames Table at 11:29 4 comments:

A little more painting for my ACW forces. A pair of pack horses and a handler for the Union army. 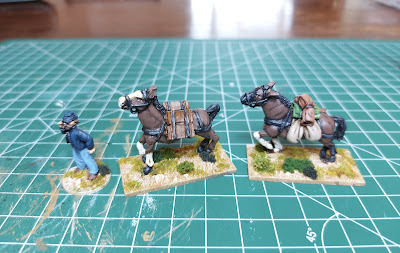 Two more casualty/shock markers for each side. Can’t have too many! 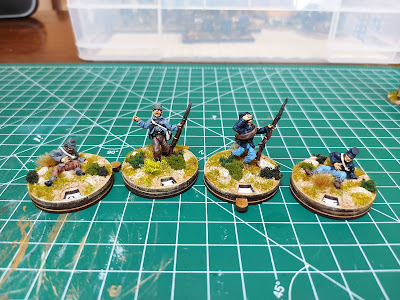 Horses by Redoubt and men by Dixon.
Thanks for looking!
Posted by The Wargames Table at 17:09 6 comments: