Legionary is almost my local show as Exeter is only 60 ish miles away so when Orange Dave floated the idea of us partnering with Rob at Scarab to put on a demo/participation game of Zero Hour my interest was understandably piqued.
The French advance through a shattered wood. 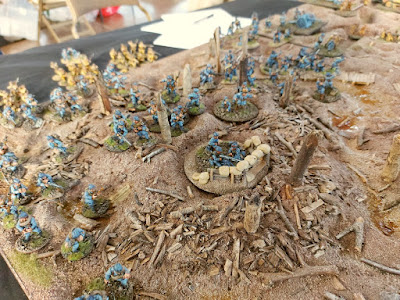 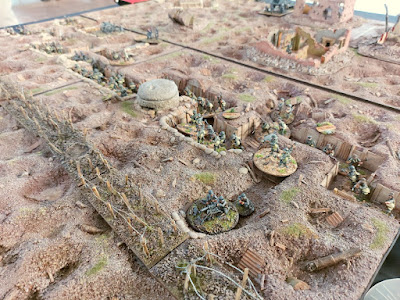 More about our Zero Hour game in a later post. Dave has put a huge amount of effort in to this project and I think it shows!
The show is hosted in the Matford Centre which is spacious, bright and airy. The people running things were readily available, efficient and very helpful. It’s easy to find too, so we arrived in plenty of time and headed for a McBreakfast (thanks Dave!) before unloading the car.
Here’s a few pics of some of the games:
Blood & Plunder from Firelock Games. This game drew quite a bit if attention - just look at the galleon ... Arrrr me hearties! 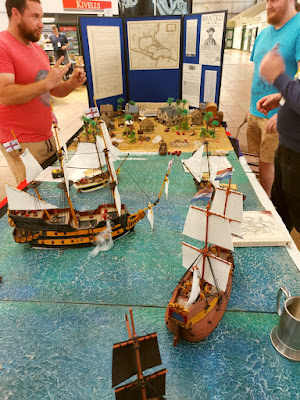 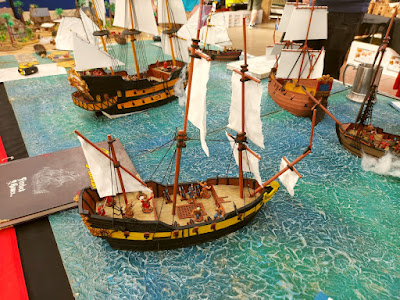 Devon Wargames put on this large game of TFLs "Kiss me, Hardy!". The boats are from Warlord (I think) and are very good. 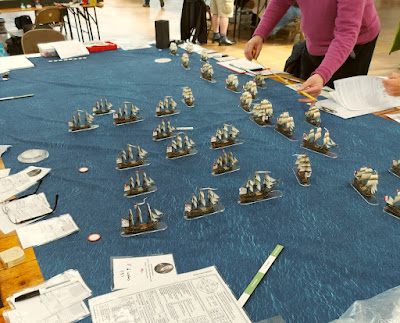 This slightly different game of BA (put on by local gamer Matt and family) was interesting as it was based on Operation Dragoon in 1944, allied landings in the south of France. 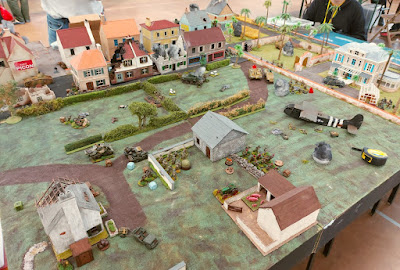 A splendid looking submarine! Definitely a nautical theme to several of the games this year. 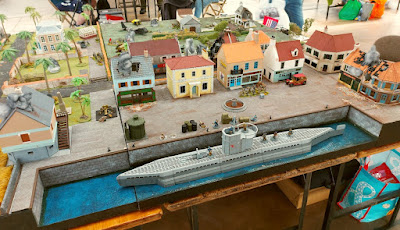 We were so busy running our game (well to be fair, Dave did most of that and proved to be a real Pro!) that I didn’t get to see all of the games on display. Plus there were a couple more nice looking games of BA, a colourful Medieval encounter and an interesting looking game of epic BP but alas my pics are too rubbish to use!
The Exeter crowd are a smashing bunch of gamers plus it was great to catch up with a load of people I haven’t seen in a while, Colin, Bill, Rob, Nigel, Steve P, Kev, Bob C, Stu & Scott of Colonel Bill’s plus many others. Especial thanks must go to the guys at The Pit gaming for lending us a tape measure… Dave and I had everything we needed … except a tape! 😂
Posted by The Wargames Table at 08:16