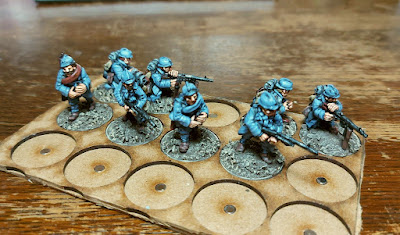 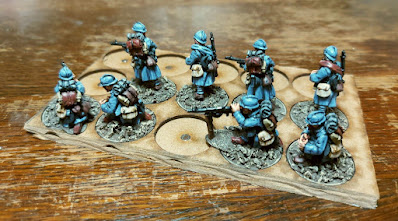 I trimmed these articles from Wargames Illustrated back in May (ish) 2000 and over the years I’ve often been tempted to put Gary Chalk’s brilliant tutorial in to practice. A tidy up of storage facilities here at the table now gives me the opportunity to begin what I expect will be quite a lengthy project! 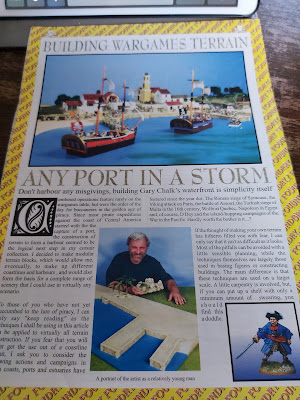 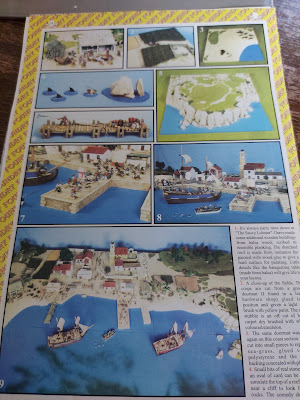 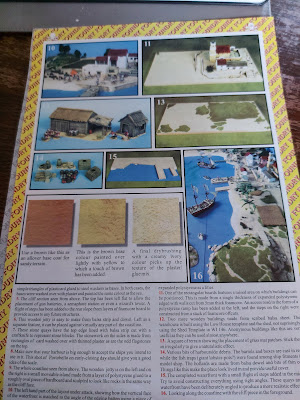 The first step will be make some generic coastline tiles, to which end I’ve sketched some ideas for Colin at Charlie Foxtrot Models to work his magic upon. My technical drawing skills are limited so I hope he can make some sense of my scrawl 😂
A mixture of some resin pieces plus scratch building in balsa and coffee stirrers should give plenty of terrain to represent a little quayside or harbour.
Having some sort of coastline, harbour, etc will add an interesting extra dimension to our games of Chain of Command, Sharp Practice, Bolt Action, etc. A bit of common sense should see us through any rule adaptations to bring ships in to our games. Indeed, I’m already drawing up some simple ideas for Sharp Practice to allow troops to dis/em-bark, sail, swim, launch boarding actions, etc. Big Rich did mention a “Jolly Jack Tars” supplement here (a warm up for the award winning “Lost in Musique” Crisis demo game) but alas that was some time ago.
Many years ago a friend and I expanded our games of Warhammer by developing a set of skirmish rules to enable us to play games set along the Empire’s River Reik, pitting the fearless Reikland River Patrol against gangs of River Pirates and smugglers. The old website is still here. It even won an award at GW Games Day 2001 and got an article in White Dwarf!
Posted by The Wargames Table at 17:48 9 comments: