More troops for the Confederacy!  Yes, the infantry now have some mounted support in the form of eight cavalry figures and a leader.  All Perry figures, the leader is metal whilst the troopers are from the excellent plastic boxed set. 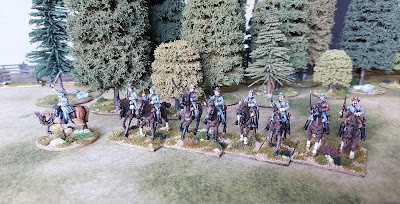 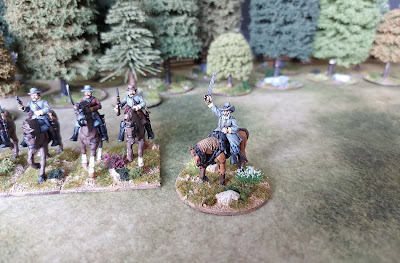 The painting recipe is basically the same palette as used for my infantry (see links in the Painting tab, above) with Foundry Bay Brown and Chestnut used for the horses.  Socks and other markings were done using Foundry Boneyard. 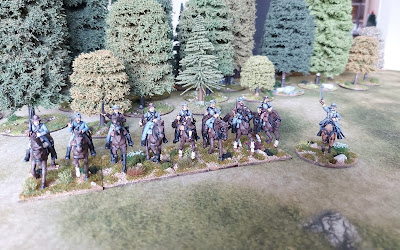 Given the increasing role of cavalry as mounted infantry during this period I felt it was essential that in addition to the cavalry I also have some dismounted chaps.  But then I’ll have to get some horse holders too!  Given that these are primarily for use with Sharp Practice, the eight mounted figures become six on foot plus horse holders.
All Perry metal figures. 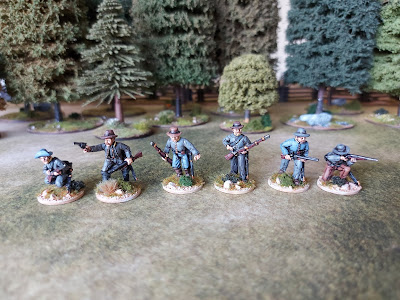 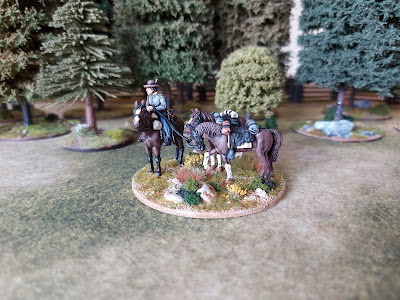 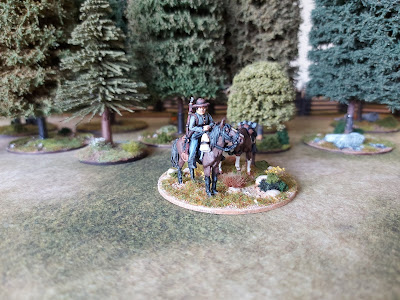 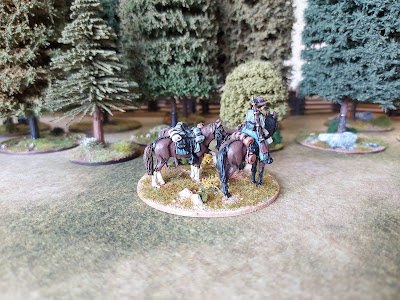 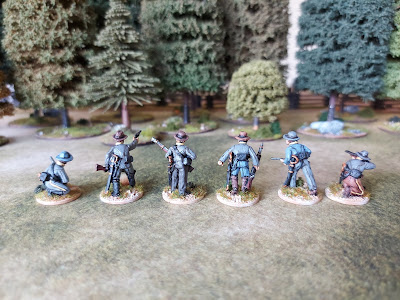 Thanks for looking!
Posted by The Wargames Table at 12:07