No, it’s not a another Gerard Butler action movie.  It’s the first instalment of the Gembloux Gap pint sized campaign that good friend George hosted via Zoom and Messenger yesterday.  Here are a few pics of the action. 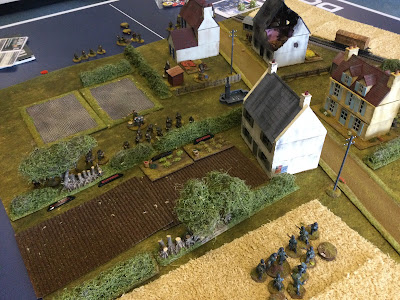 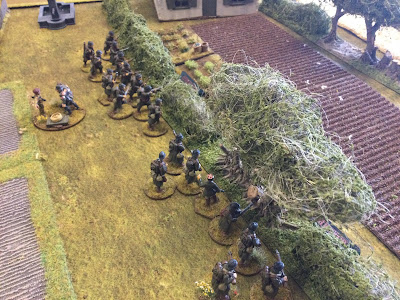 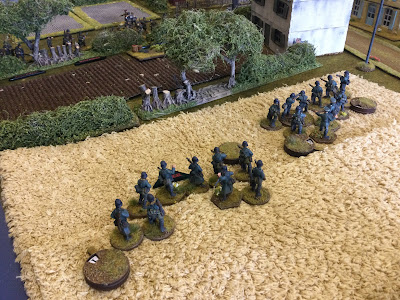 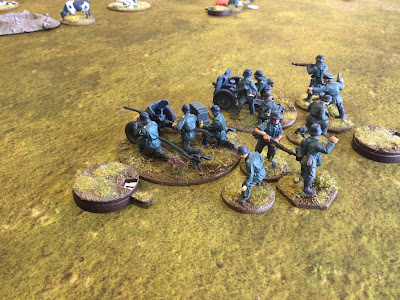 I’m not doing a report here as George has already described the action.  Safe to say that it was a fantastic game and a real tussle as my French doggedly refused to give ground right up to the end.  A big thank you to George for sorting things out.  Apart from a few initial sound issues the tech worked well.  I’ve hosted games before but this is the first for me as a remote player and I thoroughly enjoyed it.  I’ve also picked up a few handy tips for when I next host virtual games.
Posted by The Wargames Table at 10:18

Fired up and waiting for the next push Matt.

Very good to see that you enjoyed your first crack at remote gaming. It has been a revolutionary change to gaming for me.

George - my demolition teams are practising hard!
Jonathan - yes with friends across the country (and beyond) it's very promising
Cheers
Matt

A valiant effort there by the French, forgetting the VB's though sacre bleu!

Not sure what the French is for "blunder" ... 😂
Thanks Phil!