My Confederate army is themed for early war so some militia are a must have! The painting “recipe” is here, although I’ve added a few extra colours to make them look a bit more like armed civilians rather than regular troops.

These are a mixture of Perry plastic and metal figures.  Another group of ten are in progress.  I have figures for a third group but I think thirty militia might be a bit unwieldy? 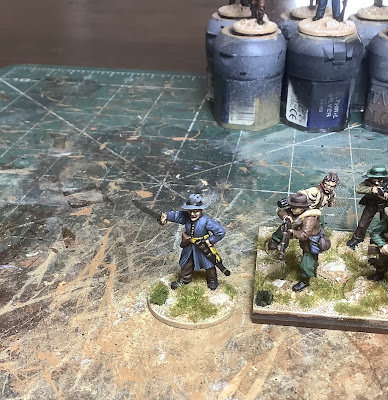 This fellow will be a level two leader and a self styled “Captain of Militia”.  I’ll take some better pics when the force is complete.
Posted by The Wargames Table at 10:25 14 comments:

It’s not all Dakka Dakka here at the table!  Here’s a few more men in grey to boost my ACW force for SP2. 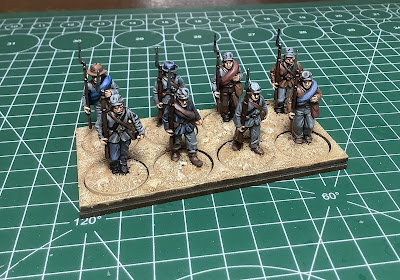 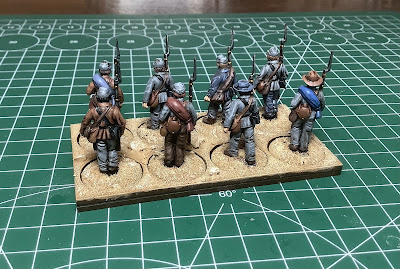 The bases have not been flocked yet as I’m awaiting a delivery of some static grass.  Up close, the highlights look a little stark (especially under a bright daylight lamp) but on the table I think they look okay.  Next up are some militia.