I’d like to build a small village for my World War Two games and that means adding a few shops!  I've got the Epicerie and Chapellerie from Colin's fantastic range but thought I'd start with the Tabac.  Here it is...

To add extra interest I've added wooden boards using coffee stirrers to the edges of the roof and the base of the upper floor.  I've also swapped the chimney for another from a farmhouse kit.  Here's the basic MDF building. 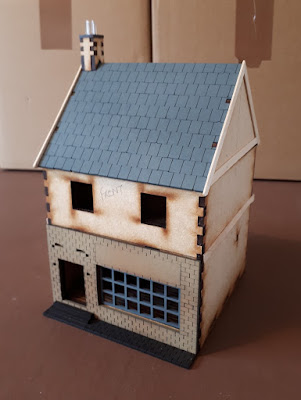 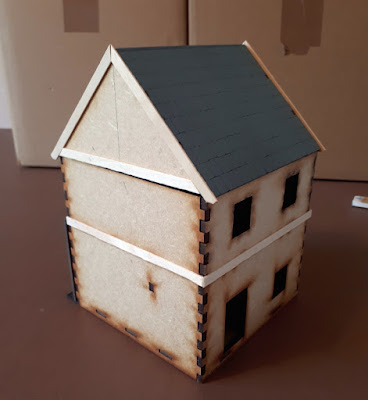 I also decided to paint the floor boards - the pic is a bit blurry tho! 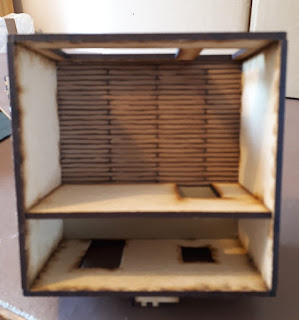 I textured the walls and chimney using a fine grit/ballast mix fixed using slightly watered PVA.  Then it was on to the painting... The walls are simply the Foundry Moss Green triad.  The gritty texture makes highlighting very easy. 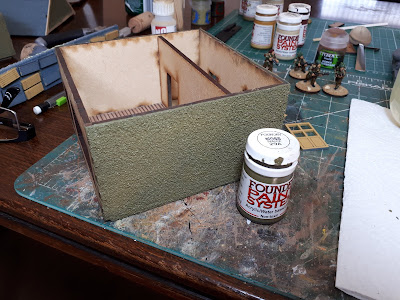 The brick front was base coated in Foundry Conker Brown then I picked out a few individual bricks using the colours in the pic.  Then wash with GW Agrax Earthshade to pick out the bricks.  Finish by highlighting with the original colours. 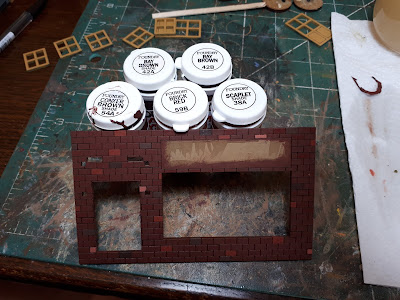 The paving and steps were undercoated black then painted with the Foundry Slate triad. 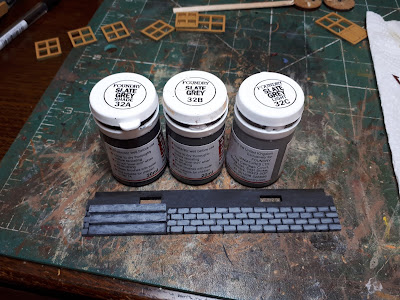 After applying the base coat of Foundry Moss shade to the walls I washed the edges with GW Agrax as I wanted a slightly dirtier look for the walls. 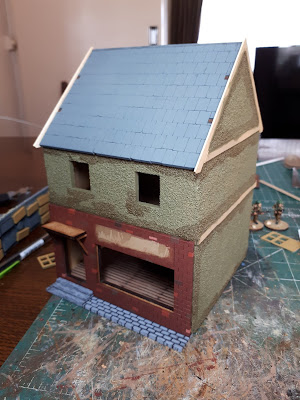 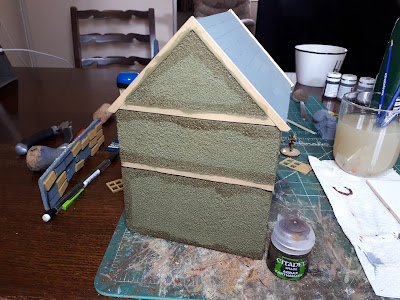 Then I went back over the washed areas with the base coat to blend it in.  This was followed by highlights using Moss mid then light. 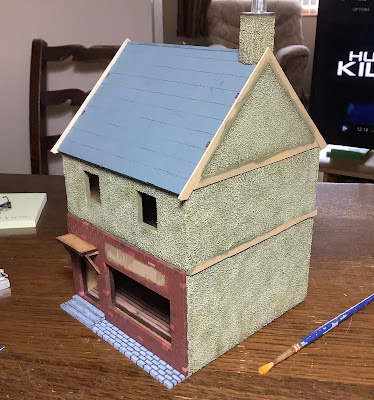 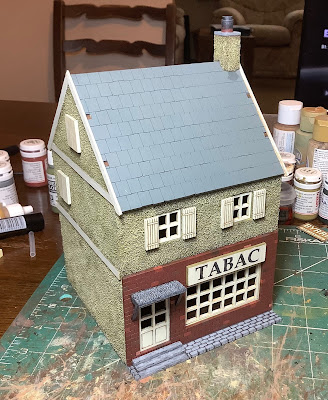 I've added a couple of closed sets of shutters to the side where there are no windows simply because it will make the building more 'playable' in a game, i.e. a few troops can see out from that side. 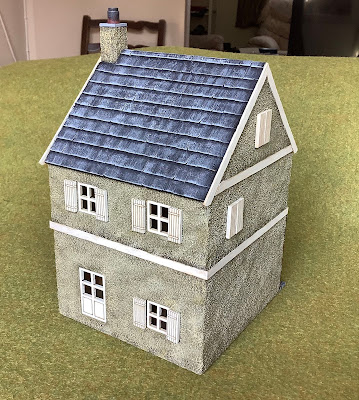 I couldn't resist adding an advertising sign ... I may add a few more. 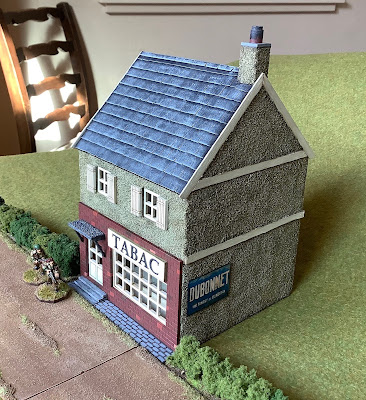 Thanks for looking!
Posted by The Wargames Table at 19:31

A splendid build there Matt.

Excellent work and a fine addition to your town.

Thank you all kindly 🙂
Cheers
Matt

Collin does some very nice stuff and your excellent painting really brings it to life.

Fantastic work, both the scratch building and dressing up the pre-made MDF buildings. Artistry at its best.