I thought I'd posted this a while back, but clearly not, lol! Anyway, minefields were a popular feature of the desert war so I've chopped up a piece of MDF, probably from an old chest of drawers!  I should point out that Charlie Foxtrot does a lovely minefield set too. 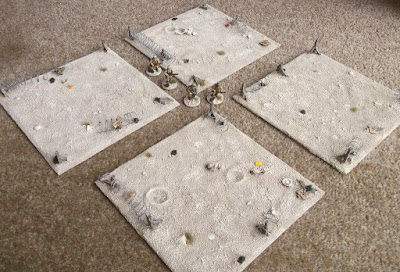 I began by chamfering the edges of the MDF squares (6" x 6") then glued on some posts to which I would later be attaching some barbed wire. 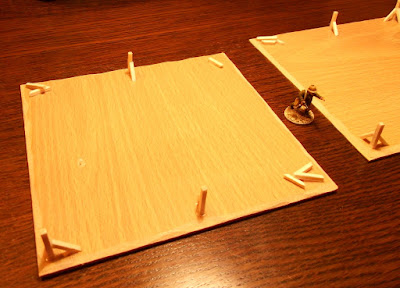 The posts are simply bits of matchstick.  For variety I've modelled some in a collapsed state.  Also, I've used a counter-sink to make the holes for a couple of craters.  The edges will be raised using some putty or filler. 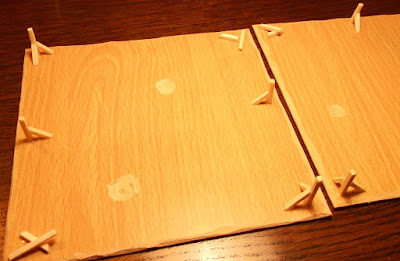 However, I forgot to pre-stress the MDF to avoid 'curling' when the sand is applied... So I raided my bookcase!  Each piece has a matchstick under the middle to help bend the edges.  Leave for 48 hours. 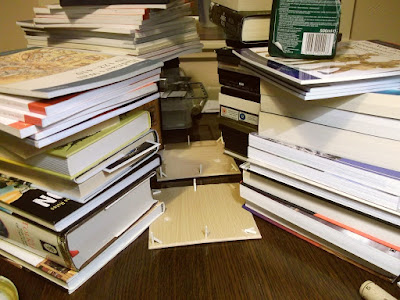 I added some rocks along with a few items from my bits box. 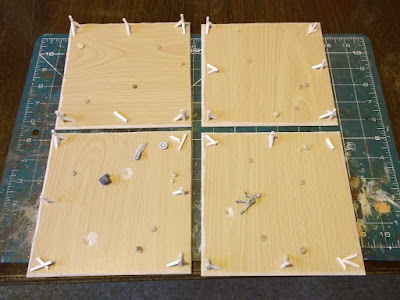 The discs (to represent the actual mines) were made simply by hole punching some thick card. 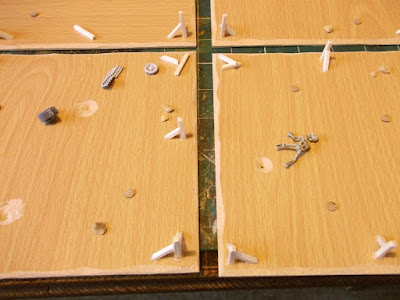 Then liberally cover everything in sand and grit. 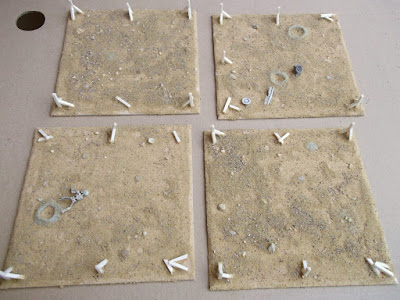 Next they were painted in the same scheme as the rest of my bases, that's a base of Americana Country Maple, then highlights of Americana Tan, VMC Dark Sand and Foundry Boneyard light.  The posts were painted in VMC Leather Brown then given a light dry-brush with Foundry Boneyard.  The bits of track and wheel had some 'rust' added by painting a few patches of dark brown followed by highlights of red/orange.  Next, add a few arid tufts and some small pieces of clump foliage. 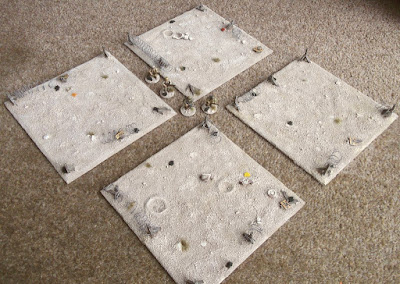 I had some modeller's barbed wire which I wound around a large paint brush handle.  Dots of super glue hold it in place on the posts.  I’ll add extra wire when I can hold of some more. 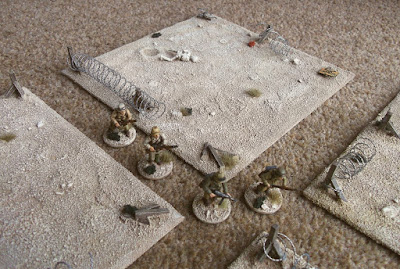 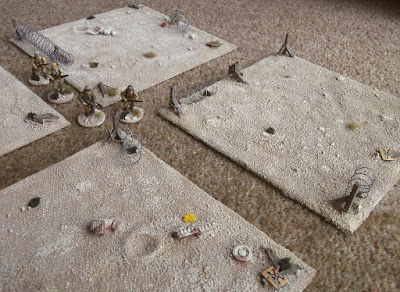 To complete them I found some suitable signs on the internet, printed and stuck them on thin card before gluing the signs here and there on the posts.  Hmmm... The dining room carpet actually makes a reasonable backdrop.
Posted by The Wargames Table at 10:08

Those look the dog's Matt, most splendid indeed.

The skeleton imho is maybe a little over the top but other than that these minefields definitely look the part!

Fair enough Nick 🤣🤣 It's a bit "old skool", a left over from my Warhammer days?
But glad you like them 😎
Cheers
Matt