Chums Phil and Steve have been singing the praises of TFL's Chain of Command for a while now so I've decided to give it a whirl. Steve has been playing the WW2 era, whereas Phil has been fighting encounters from 1918 when all sides began implementing more 'modern' infantry tactics. In preparation for my first game(s) I've been making some Jump Off point markers - they'll also be jolly handy in other WW1 games as objective markers, etc. Here's the full set, four British (left) and four German (right). 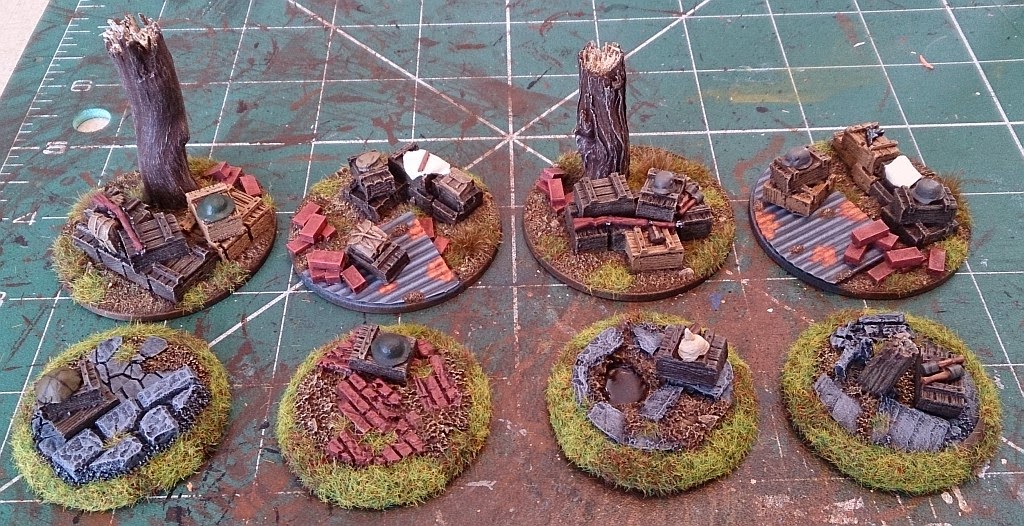 Two of each set were made using some 40mm scenic bases I ordered from Hasslefree Miniatures some time back. I had intended to put weapons teams on them but the result looked too cramped. The crates are from Grand Manner's superb Great War Battlefield Clutter range. Here's two for the Germans. 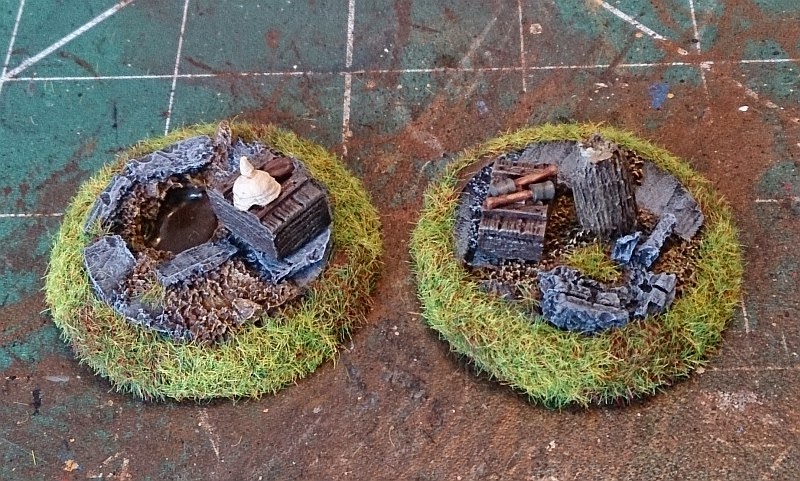 And here's two for the British. The detail was great fun to paint. 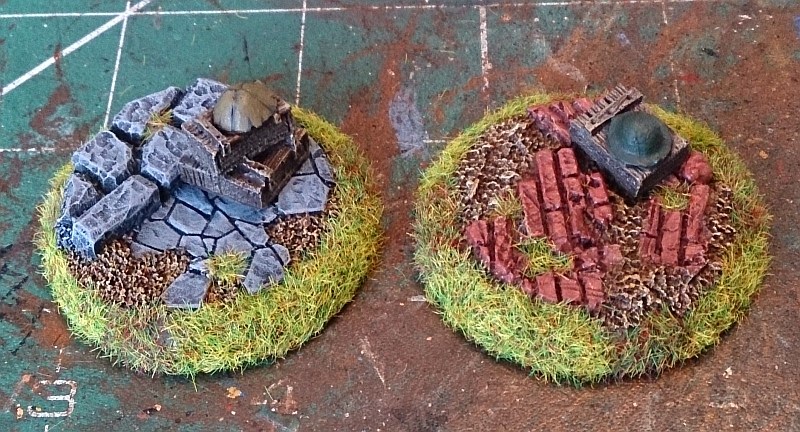 After reading a bit more about Chain of Command I realised that I would need potentially a set of four for each side! Therefore I set about making another two jump off points for each side, this time on 50mm Warbases circular bases.

Blown up trees always look good on WW1 battlefields - these are just branches from an old shrub. Distress them a little for a better effect. The bricks are chopped up Plastruct plastic strips available from most model shops. 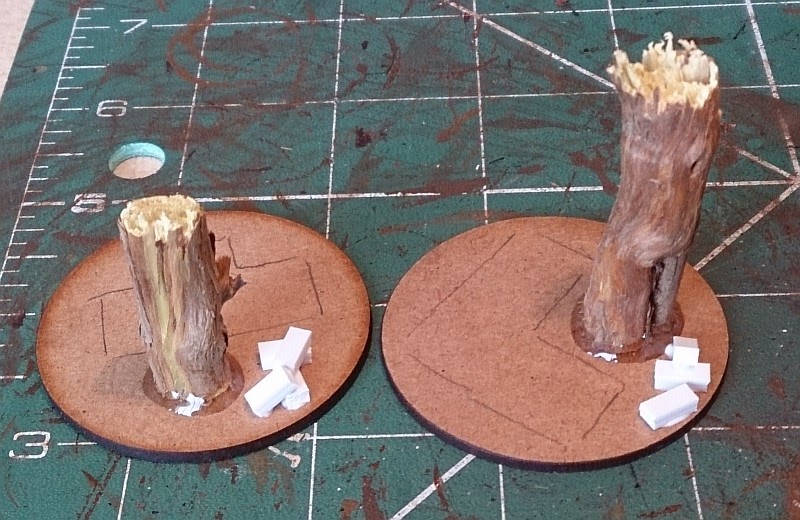 The other two bases featured some plasticard Corrugated Iron and some brick with more crates from Grand Manner. 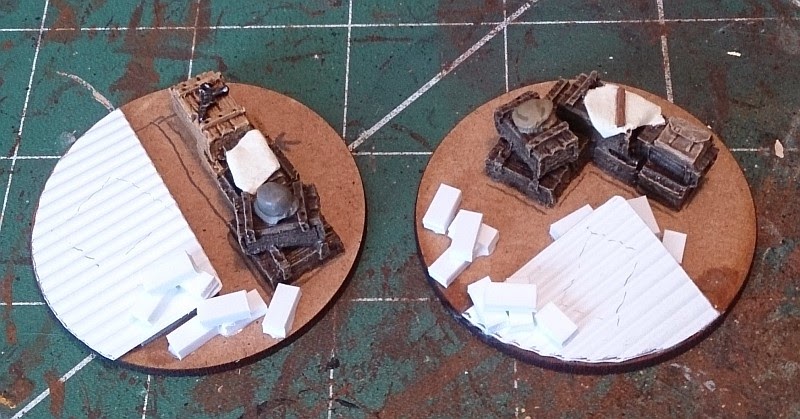 More of the British and German 'clutter' range. I painted them before adding them to the bases as it was easier. These were undercoated leather brown then painted in Foundry Bay Brown shade or Vallejo Tan Yellow, then washed with GW Agrax Earthshade, highlighted with the base colours then given a very light final highlight of Foundry Boneyard. 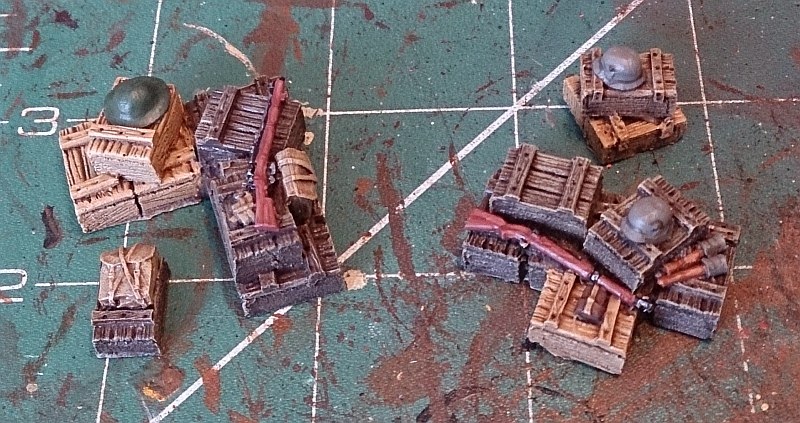 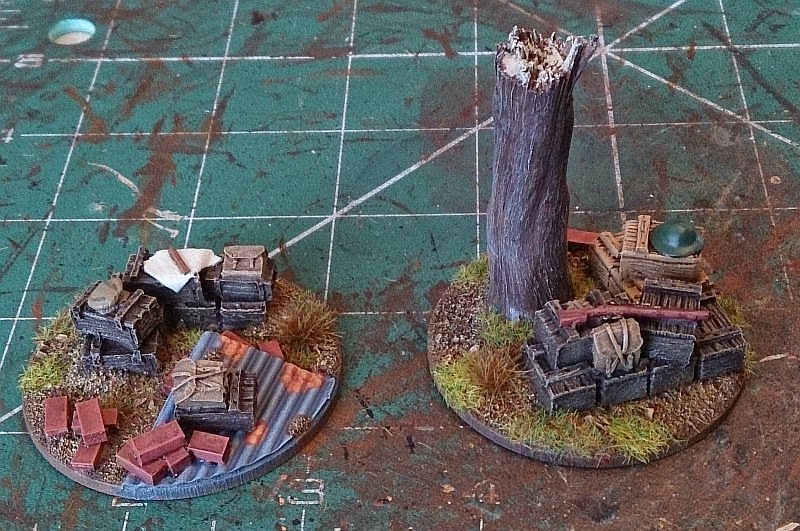 Another view. The iron was painted using Foundry Slate Grey (don't forget that most corrugated iron is galvanised). The rust was Foundry Conker Brown, followed by highlights of Foundry Bright Red mixed with Foundry Lemon to give a range of orange hues. 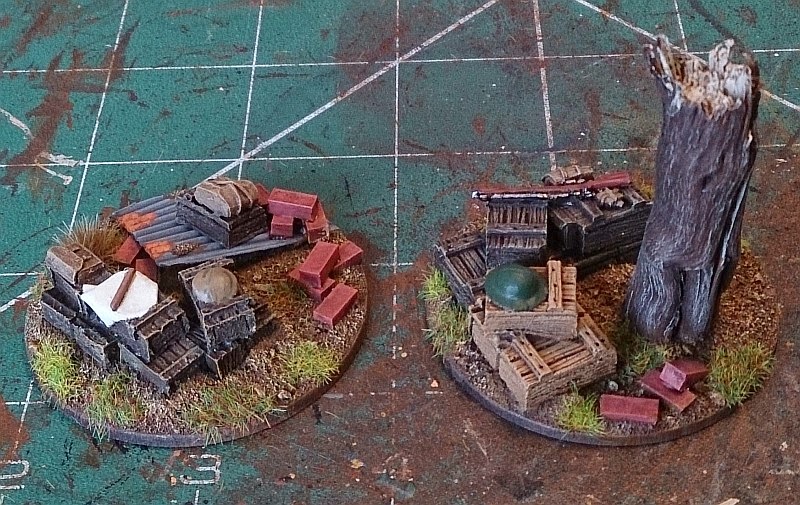 Here's the German jump off points. 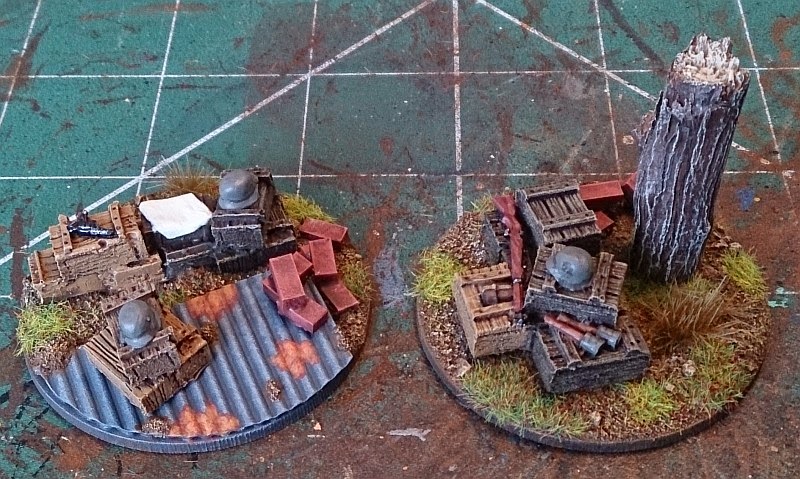 The trees were undercoated leather brown, followed by a thin coat of Foundry Bay Brown, then washed in GW Agrax Earthshade, finished with a final highlight of Foundry Boneyard to bring out the wood texture. 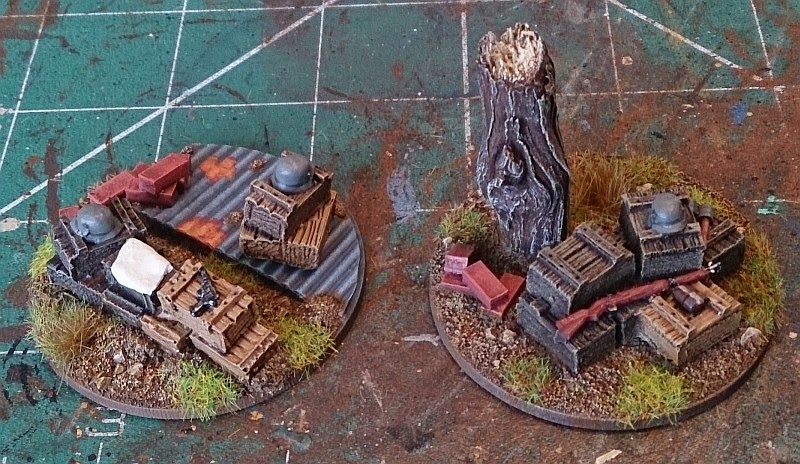 I'm currently painting some more WW1 Germans (late war) so that I can get playing my own games. More on that soon.