Here is Weatabix and his family on their farm in South West Britannia just waiting to welcome their new Roman masters...

The cattle pen and the chicken coop were shown in an earlier post.  The new dwellings are the two round houses, from Hovels, painted in the same style.  The wattle enclosure was made in the same fashion as the cattle pen. 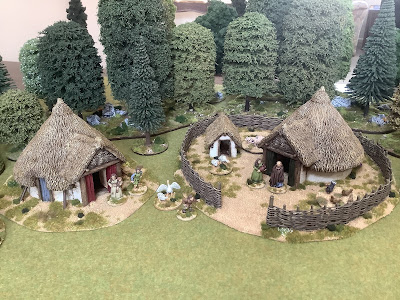 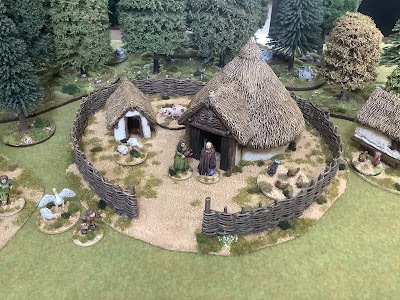 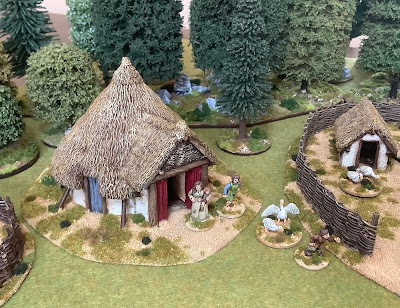 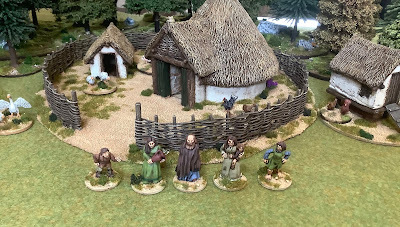 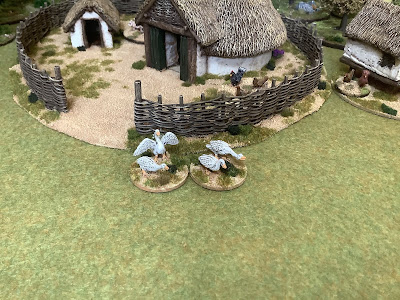 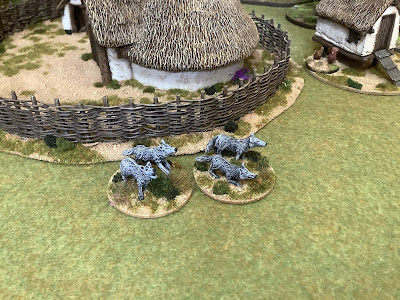 Posted by The Wargames Table at 09:05

That looks fantastic. I'm just getting into large skirmish ancients - I'll have to go back and see some of the earlier posts on this.

Lovely work.....very comfortable place to live...until of course the nasty Romans burn it to the ground

Lovely stuff Matt, looking forwards to seeing them feature in some battles.

@Scrivs - thanks matey! Not sure when the next game will be tho 🤔
Your Naps collection is bloody fantastic
Cheers
Matt