With all three sections ready it was time to turn my attention to the HQ group and then start on some support weapons.  So here is the Lieutenant, the Platoon Sergeant, a Boys Anti-tank Rifle team and a 3” mortar. 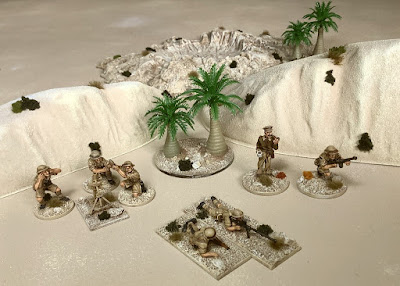 The AT rifle team are Perry plastic whilst the rest are Warlord metal figures.

Here’s the Lieutenant enjoying a cuppa and a good pipe!  I really like this figure and it was great fun to paint. 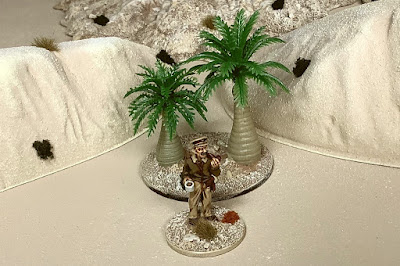 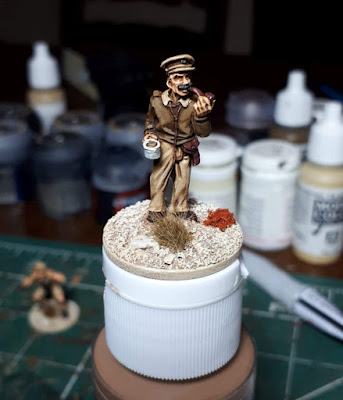 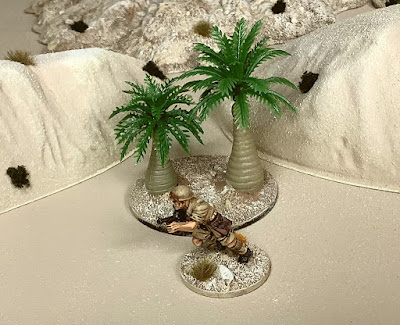 A closer view of the 3” mortar.  This can be used as is for BA, whereas in CoC mortars are off table so the crew will be used to help man either a 6lb or 2lb AT gun. 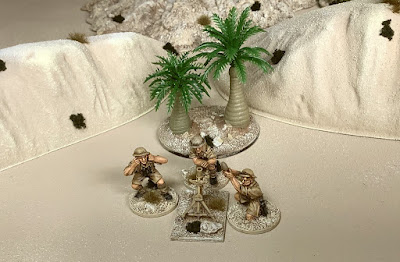 The platoon HQ includes an AT rifle team, so here they are.  The earlier phase of the desert war has quite a lot of lightly armoured tanks and scout cars so these weapons can prove very effective. 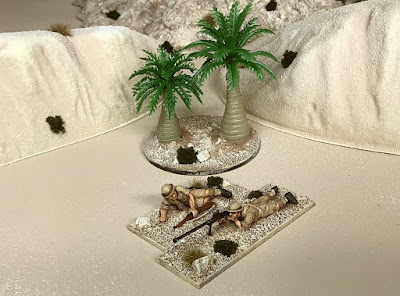 That’s another 40 points (counting the mortar itself as an ordinary figure rather than a crew served weapon) which brings my total to 255 points! ... Hooray!  Really pleased to have reached my target  😎
Posted by The Wargames Table at 10:41

A mighty fine HQ and support there Matt.

Will be nice to see them in action.

Thanks George. After my DAK have taken Tobruk (or not 🤣) from Mike’s chaps then the plan is to play some games based around the Italian invasion of Egypt. Looking forward to that 😎 Dave is also painting FJs for Crete 😉
Cheers
Matt